For those of you that have yet to hear about the new Windows Terminal I have to ask "have you been living under a rock?". Joking aside when Microsoft first announced their new open source terminal many of my colleagues were left asking why? Many of them have already found alternatives to the ancient cmd.exe console that's been shipping with windows since the beginning of time and most have already found their preferred alternative applications. Being a Microsoft fanboy these days I was excited by the

One of the key aspects of Windows Terminal that got me excited was how easy it was to customize and the degree to which I could do it. Certainly not as much as downloading the code and building my own custom version (which there are very interesting write-ups of people doing exactly for some fascinating results). The provided profile customizations combined with some custom work the community has already done makes it so simple to do. But I'm getting ahead of myself, let's take a look at how you can get started with Windows Terminal and how easy it is to make some impressive looking tweaks. Below is everything you'll need to follow along with the rest of this series, I'm going out of my way to do everything via a CLI even if there is a UI path as well.

If you want to use the same icons and backgrounds as me you can find them in my terminal github repository where I sync my setup to.

We've done a lot, at this point your terminal should look something like the screenshot below. You'll see that this example the yellow powerline shows that this directory is a cloned git repo that has changes to be sync'd. In a following post I'll go through doing the same for a WSL profile. 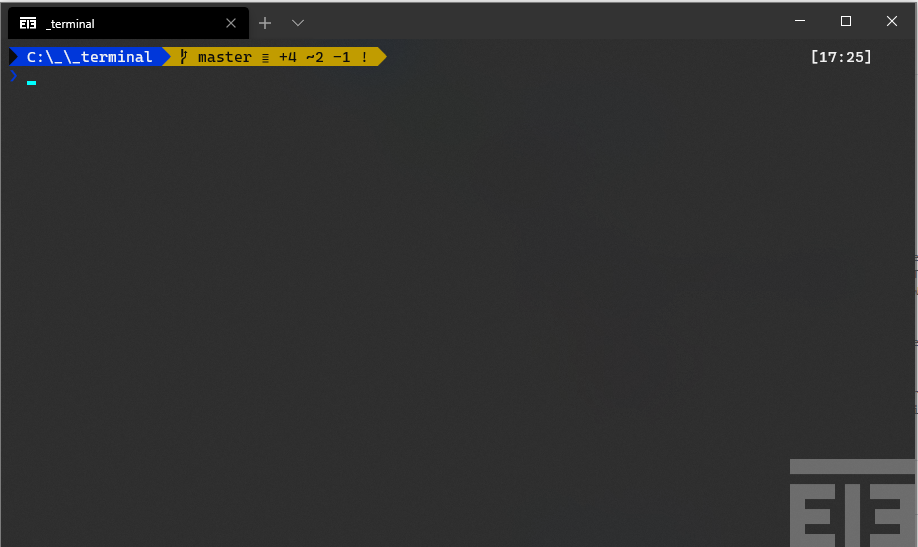 So what do you think of Windows Terminal? did you configure powerline? How did you personalize your powershell core terminal? Please share in the comments below.

Special thanks to Christian Wiediger for the photo used in this post!